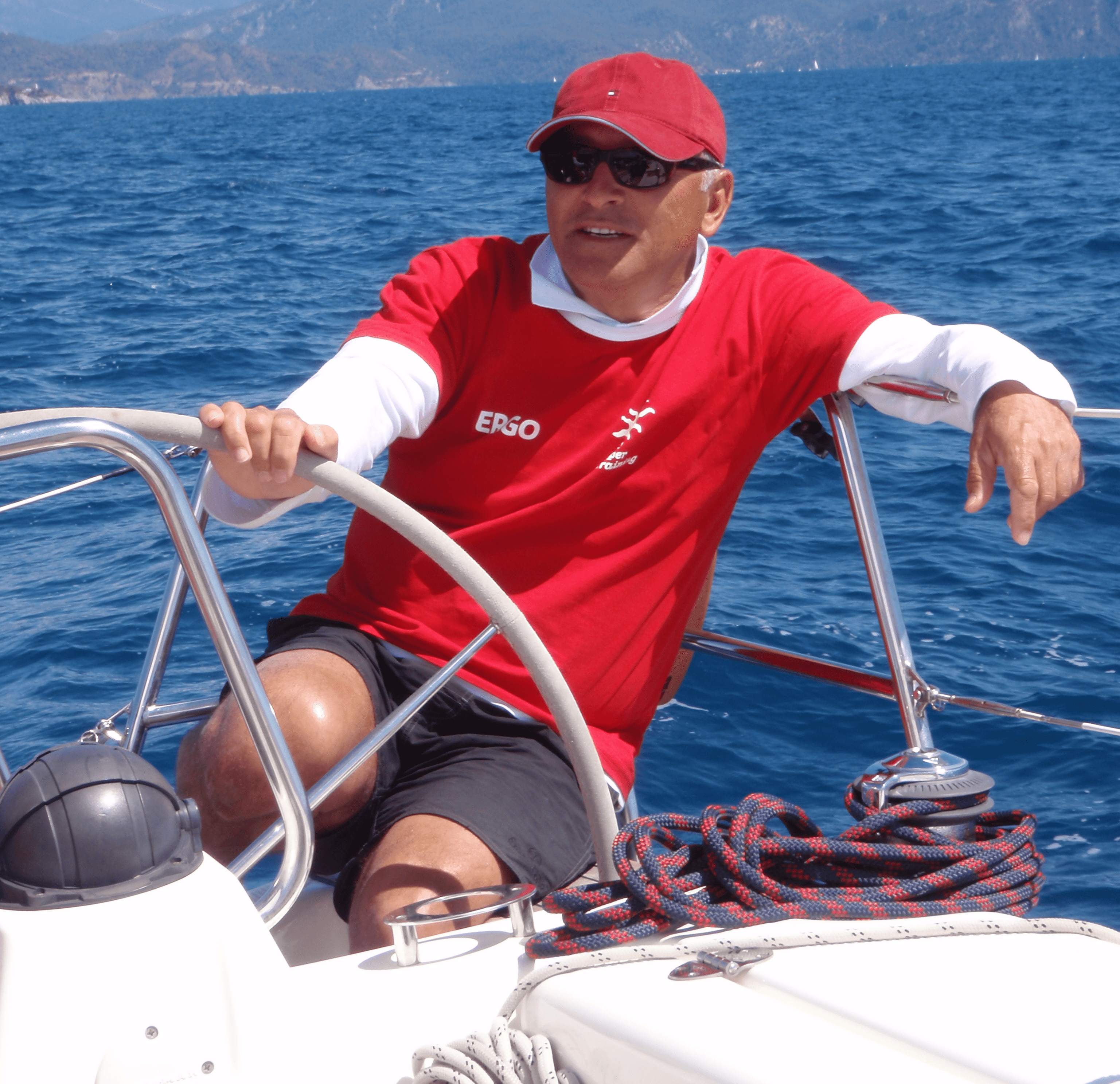 Tayfun Öztuna, who was born in Istanbul in 1953, graduated from Istanbul University Physics Mathematics Department and did his master's studies at Hannover Technical University.

His great interest in the sea started at the age of 7. He got his first motor boat at the age of 15, where he started sailing at this age.

He started windsurfing in 1980, then received the IWA (International Windsurfing Association) Instructor and Waterski Instructor. Became the owner of licenses from Germany (DSV) from Canada, CYA and USA from IYT Yachtmaster Offshore.

After 1986, he set up water sports centers in major touristic facilities in Marmaris and trained many sailors. He has been actively participating in international yacht racing since 1990.

He was on the Board of Directors at MIYC (Marmaris International Yacht Club).

Tayfun Öztuna, who sailed in the North Sea, Baltic, Aegean and Mediterranean, left tens of thousands of nautical miles behind.

WHAT DO YOU WANT TO SEARCH?